C of E village church in the North Cotswolds 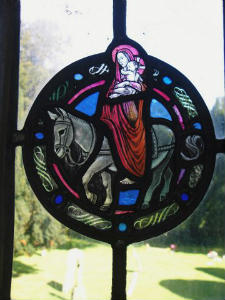 The Church of St Peter and St Paul is a beautiful Grade Two Star building in the heart of Blockley village.

Full of human interest and interwoven with the people of this place for more than a thousand years, the church has survived good times and bad, and in the process has been altered, extended, and embellished.

855: Documentary evidence shows that Burgred of Mercia sold Blockley to Bishop Alwhine of Worcester, with its established Minster church

1064: Saint Wulfstan and the “Blockley Miracle”

1330-1380 approx: The north aisle was built, and many of the windows were replaced

1630: The clerestory was added to the nave, with timber four-centred roof trusses, and the chantry chapel became a vestry with curate's accommodation above it. The first bells were hung.

1727: The Norman tower threatened collapse and was replaced with present tower 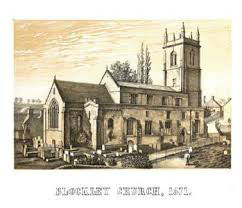 Late 18th century: Galleries in Nave and North Aisle West end were built to accommodate the expanding population working in the silk trade

1860 – 1870: The organ was installed in the choir, built from parts of Lord Northwick's organ from Thirlestane House dating from mid-18th century

1925: Galleries and box pews were removed, and the organ moved

1990: New oak pews were installed in the nave

2010: Mediaeval and 17th century windows to the south nave were renovated

2016: The roof of the tower was replaced and the tower stonework repointed 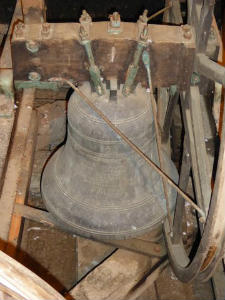 A Peal of Ten Bells hangs in the tower. The 6th and the 7th are the earliest and were hung in 1638 during the reign of Charles 1st.  The 6th is tuned to A and carries the motto ‘GOD SAVE THE KING 1638’, whilst the 7th, tuned to G, bears the motto ‘HENRY BAGLEE MADE ME 1638’. The heaviest of the peal is the Tenor weighing 16 ¼cwt, and the lightest, added in 1894, is the Treble which weighs 4 ½cwt and bears the motto ‘CALL A SOLEMN ASSEMBLY’. The original peal of eight bells was re-hung in 2017/8 with the addition of two new bells - a Treble and the Second.

Like all ancient buildings, there is still work to be done. We would  like to convert the base of the tower to provide a new kitchen and a toilet whilst re-ordering part of the nave. Click here to find out more